Last Wednesday evening celebrity Kylie Jenner tweeted that she wasn’t really using Snapchat any more. By Friday, Snap Inc’s share price had dropped $1.3billion and the popular news websites were screaming that Jenner had caused it all:

Around midday Friday I got an email from BBC Breakfast asking if I’d be prepared to come on and talk about celebrity and social media. Well, of course I would. So that’s how I came to be sitting in a studio in Manchester’s Media City at the sort of time most Saturdays I’d still be in bed, chatting to presenters Jon Kay and Rachel Burden, and showbiz reporter Lucy J Ford. 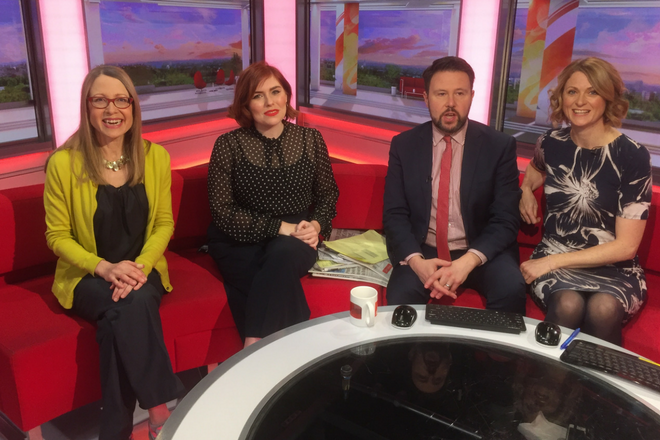 What’s really interesting – and something we didn’t get to on the live programme, is how celebrities are now completely driving their own news agenda through social media. Famous stars have always had a symbiotic relationship with the media, but today’s celebrity influencers have taken that relationship to the next level.

This news wasn’t so much about Snap or Snapchat, as about a Kardashian trending on Twitter, reinforcing their brand and driving traffic to their website (Kylie is the youngest half sister of Kim, so reality TV and social media are her lifeblood).  This tweet was all about Jenner connecting with her followers (24.6 million of them). Snap Inc was collateral damage.

Almost immediately after the first tweet, Jenner tweeted a follow up saying she still loved Snapchat. And a couple of days later she used the platform to share exclusive footage of her new baby.

The damage to Snap’s share price may have been done, but it was also incidental. You can see what actually happened in the market summary (via Google) below. There’s a clear decline in stock value after 15.30 Eastern Standard Time, although Jenner’s tweet was posted at 21.50 (Jenner is on the west coast so three hours behind EST). 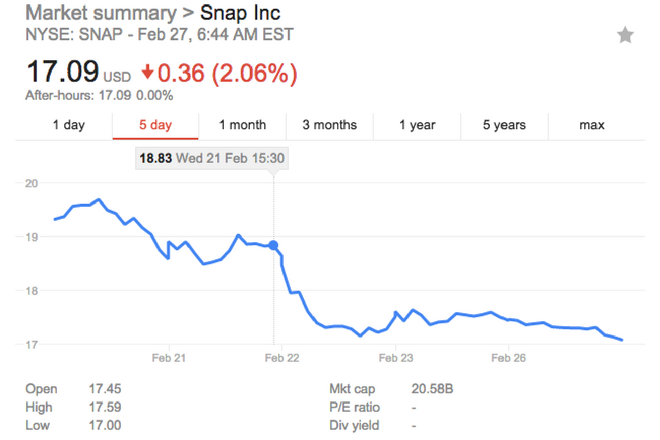 Although there is indeed a sharp fall in stock value around the time Jenner tweeted, the trajectory was already downwards. Snap’s share price has in fact been falling since the previous week (16 Feb). When you look at the three month picture (below), you can see this as a readjustment after the surge in stock value following the better-than-expected quarterly results at the start of February. 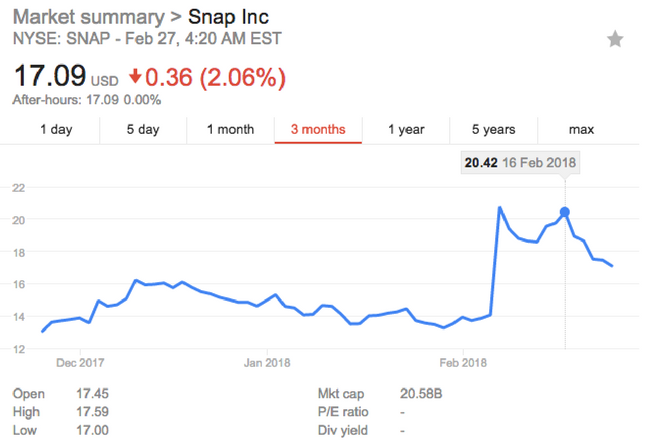 In fact, the real reason for Snap’s current share price decline appears to be not so much Jenner as the unpopular new update, which started rolling out at the end of last year.

But celebrities and social media make great news, don’t they?