There’s a lot of it about.

In January, Edelman’s Trust Barometre said the UK was at an all time low in terms of public trust for charities, NGOs, business and media. The PR giant recommended companies demonstrate clear personal and societal benefits, and behave with integrity, in order to build trust.

In February, the PRCA ran a packed-out event, Should Brand PR Have A Higher Purpose?, where the likes of Coca-cola and McDonalds argued that social purpose was core to their business strategies. (There’s a good write-up on Gorkana by the panel chair, Ruth Allchurch.)

In June, I went to the launch of Reclaiming Agency – a report on the future of advertising. The report concluded that advertising creatives should start using their collective nous to address sustainability, inequality, poverty and other big social issues facing the world.

Not to be outdone, in September, marketing and media industry bible The Drum relaunched with a brand new strapline: How Marketing Can Change The World.

END_OF_DOCUMENT_TOKEN_TO_BE_REPLACED 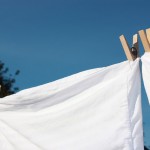 This week I started work at All About Brands plc, a London-based marcomms firm, pulling together a social media strategy. The first few days have been fantastic and I’m thrilled to be working with such a great bunch of people on some interesting projects.

One of the reasons I went with AAB plc was its expansion into emerging markets and in particular fast-growing economies like India and the UAE. These regions offer exciting opportunities, especially in terms of social media, when it comes to evangelising openness and transparency.

Ironically enough, on the tube home on Monday (my first day in the office), I read an article by Gideon Spanier in the London Evening Standard about the purported role of London’s PR companies in reputation laundering. Okay, so the story has been around for a while now, but I’ve never taken it personally before.

Leading PR firms such as Bell Pottinger and Portland are being called to book for their relationship with authoritarian regimes in countries such as Belarus and Yemen.

Should PRs refuse to do work with such governments? It’s a tough call, but I would say the wisest words in the piece came from former Number 10 aide, Tim Allen:

““All organisations are professionalising the way they communicate. When governments which have previously been secretive do that, it is not an affront to democracy.   In many cases, [good communication] is an essential part of that process. And getting good professional ethical advice is part of it as well.”

A good PR should never be seeking to make their client look whiter than white, they should simply help them tell the truth – albeit in a way that helps their client stay in control of the narrative.

When it comes to social, culture is everything. I’m all too aware that the work I’ve done through Monkeys with Typewriters and associated consultancy has focused on Western democracies. The Middle East in particular, is opening up. I’m curious to see how MwT’s ideas translate. Watch this space!