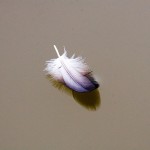 Loved this feature on the post-bureaucratic age which Alberto Nardelli pointed out via Twitter. Apparently Stephan Shakespeare, co-founder of YouGov, recently gave a talk on the theory of ‘post bureaucracy’ that has been developed by Conservative party strategist Steve Hilton.

The facts that the Internet enables us all to have access to information that used to be privileged, that we are seeing a democratisation of influence (bloggers and Twitter, for example), forcing increased transparency and accountability in business, combined with a grudging acceptance that centralisation and globalisation no longer hold the answers…all these things mean that the world of work is going to change.

This was something I realised while writing Monkeys with Typewriters, and I can still see it clearly now in pockets of discussion and activity happening all over the place. Life really doesn’t have to be as complicated as we have made it.

Nearly two years back, David Wilcox and I sat down at One Alfred Place to discuss what David was then calling Organisation Lite.Soon after, I interviewed Lloyd Davis, whose Tuttle Club was inspired by Harry Tuttle, the engineer in the film Brazil who wages war against the over-bureaucratic machine. Tessy Britton, new Chair of the RSA Fellowship Council, has set up a project called Social Spaces – looking to find a flexible rather than prescriptive approach to social change. There’s also the ground-breaking work of the people at consultancy ThinkPublic who had the revolutionary idea of improving public services by simply, erm, asking users what they want.

I’m looking forward to giving a seminar next Wednesday at One Alfred Place for SOL-UK – the Society for Organisational Learning. The session kicks off at 6.45pm with a short talk about the conclusions of Monkeys with Typewriters and some background to the key behaviours and trends that emerged from the 50+ interviews I carried out for the book.

Afterwards, there’ll be a discussion about how – and if – social tools have the power to change our business world for the better – and we’ll try to come up with some positive calls to action: what can we do now to help ensure that change actually starts to happen?

I hope the discussion will join some of the dots in the quest to improve the way we work and live. If you’d like to join in, please let me know. I’ve a handful of tickets available at the SOL-UK members rate of £10. Just add a comment below or drop me a line via iKnowHow or Twitter.