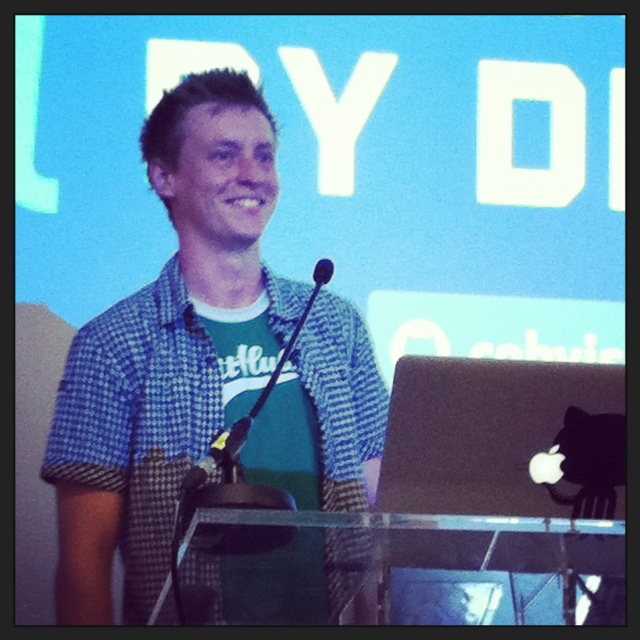 I’m live blogging one of the morning keynotes at this year’s Devs Love Bacon conference. Coby Chapple of online developers’ forum, GitHub, is talking about Remote by Default: How GitHub Makes Working Remotely Not Suck.

As you may well know, I’m not a developer. I don’t even come near being one. But Mint CEO Cameron Price told me about GitHub a few years ago, and I’m interested in the way it works as a remote platform for its employees: it’s a flexible working thing, and that all feeds into my interest in how technology enables us to work differently, the way we want to (see the Beach with Wifi blog for some examples).
END_OF_DOCUMENT_TOKEN_TO_BE_REPLACED 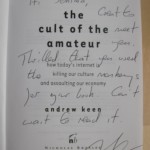 When I chose Monkeys with Typewriters as the name for my book on social media, I never dreamt that a few months later I’d be sitting in front of 400 people at Next10 debating with Andrew Keen, best-selling author (and monkey-baiter in Chief).

For those who don’t know, Andrew’s concern that “monkeys with typewriters…are authoring the future” was central to his 2007 classic, The Cult of The Amateur – and the main inspiration behind my book’s title.

Although Andrew’s argument has moved on (“the blogging debate’s no longer relevant”), he’s a skilled orator and debater. I was worried I was going to have to argue in detail about the theories of Schumpeter or Habermas. But strangely Andrew made it easy for me (I don’t know if on purpose or not) by keeping most of his attacks on a personal level (what I was wearing or why I’d read rather than ad-libbed my presentation): I could have got by without saying a thing.

Ola Ahlvarsson did a great job of chairing a tricky discussion, and big thanks for him for letting me have the last word: this is a time of untold opportunity and we need positivity not doom-saying if we’re going to evolve.

[[And thanks to Andrew for actually being quite nice to me off stage, even interviewing me for his Harvard Business School blog, and all that.]]